Upendranath Ashk: The telescope and the microscope 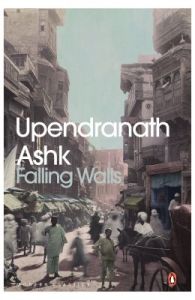 “The editors of daily papers toil away like plodding oxen from noon to six in the evening, and then again from nine at night to two in the morning. When they get tired, they make incredibly obscene jokes among themselves. Their faces are sallow and exhausted, their eyes bloodshot: they’re all either extremely fat or completely scrawny and they’re starving in every sense, including sexually. He’d found most of Lahore’s newspaper men to be like this.”

4. Critics who are simply critics. They’re not failed poets, or failed storywriters, or failed novelists — they’re just critics! Such critics are serious and hard-working. They read something, assess it and discuss what they believe to be its strengths and weaknesses…. To these critics, I am grateful, both for their praise and for their critiques. …

To those critics who, in Chekhov’s words, wish to sting like horseflies in order to establish their ascendancy, I have nothing to say; but to those friends who have mentioned the novel’s “tiny meaningless details”, its “profoundly ordinary and unsavoury life” and the “spineless, tottering, weak and utterly ordinary” humans that crowd it, and have said that “in the relishing of literature, transcendent magic and emotional satisfaction” are required to “apeal to and touch the soul” through “the vast point of view of life”, “spirituality” and “uplift”, I only wish to say, in the worlds of the famous Russian realist novelist Gogol, that it’s no less arduous to remove from the swamp of life those tiny, meaningless details and those small, insignificant, extremely base characters that are littered about life’s path, that we don’t see, even when we see them, as we gaze at the sky, and fix them up and place them before your apathetic eyes in such a way that you’ll be forced to see them and notice them; that in comparison to gaining full knowledge of the splendour of the sun by gazing through a telescope, the microscope is no less important and useful when it helps us see tiny, invisible microbes; that as much depth of soul is needed to shade an ordinary sketch of life and present it as art as is required to depict the vast sweep of existence.”

(More: Daisy Rockwell in The Hindu on translating Ashk, and her hope that readers might “turn their feet towards a Hindi bookshop one day.”