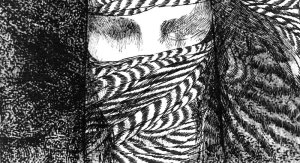 (Published in the Business Standard, June 2, 2009)
“Belong, cried the categorizers. Don’t sit
On walls or peep in through our lace-draped windows.
Be Amy, or be Kamala. Or better
Still, be Madhavikutty. It is time to
Choose a name, a role. “
(‘An Introduction’, Kamala Das)

A name, a role, a religion, a language: all her life, Kamala Das questioned and rejected belonging even as she longed for it. By the time of her death this weekend, 75 and still settling into an identity, Kamala Das stood for certain things in the public imagination: she was the short story writer, the woman who wrote of sexuality with a freedom unthinkable for the times, and then retreated into purdah, an apostate turned convert who rejected Krishna for Islam.

(* A reader, Fr.Vayalil Joseph Joy, writes in to clarify that Kamala Das never rejected Krishna for Islam: “Love for Krishna, I feel, was always a part of her life., though we donot know how or whether she could reconcile this with her new faith.”)

Few of this generation’s women writers know her as more than a name—sometimes a caricature—and to some extent, Kamala Das left behind a mixed legacy, too much rubbish thrown in with the good stuff. Those who read in English knew her chiefly as a poet, and she could be a very acute one; but she was also overly prolific, and many of her poems suffer from a lack of revision. She was far more interested in capturing the perfect emotion than the perfect line.

Those who read in Malayalam knew her as a short story writer whose work reflected the frustrations of a generation of women who were just beginning to question marriage and the domestic life, just beginning to embrace their own sexuality and need for freedom. Many knew her only by her autobiography, published as My Story, which was an often intense, often rambling account of her loves, her writing, her need for something larger than the world of tradition and the hearth.

‘….No, not for me the beguiling promise of
domestic bliss, the goodnight kiss, the weekly
letter that begins with the word dearest,
Not for me the hollowness of marital vows and
the loneliness of a double bed, where someone
lies dreaming of another mate, a woman perhaps
lustier than his own….’
(‘Annamalai Poems’, Kamala Das)

Kamala Das grew up in a house where literature and writing was the order of the day—her great-uncle was a writer, her mother, Nalapatt Balamani Amma, was a respected poet, and her father was the managing editor of Matrubhumi. She wrote as a child, but only began to write professionally after marriage and motherhood. Her views were shocking in that time, her frankness about female desire revelatory and unsettling.

‘….Gift him all,
Gift him what makes you woman, the scent of
Long hair, the musk of sweat between the breasts,
The warm shock of menstrual blood, and all your
Endless female hungers….’
(‘The Looking Glass’, Kamala Das)

‘….Purdah is a kind of safety.
The body finds a place to hide.
The cloth fans out against the skin
Much like the earth that falls
on coffins after they put the dead men in….’
(‘Purdah I’, Imtiaz Dharker)

In her sixties, Kamala Das, who had once written with deep feeling about the Radha-Krishna relationship, discovered a need for subjugation, a turning away from the freedom she had so often longed for and fought for.* Her conversion to Islam created yet another identity for her; as Suraiyya, she abjured many of the things that had defined her as a writer. Hindus, especially the liberal fold, were shocked at this late-life change of faith. Nor did it please those who had studied Islam in depth and felt that Kamala Das/ Suraiyya had woefully misunderstood the faith.

Kamala Das had become, she said in an interview, a “puritan in all senses”; but the purdah she embraced so eagerly was deconstructed by another poet, Imtiaz Dharker, in the lines quoted above. Dharker was writing in general terms, but in many ways, she captured what Kamala Das was seeking—a place to hide, a kind of safety after the years of rebellion. In the process, Kamala Das lost the ability to define herself, except in the most fluid terms—she would remain, to the end, a seeker who never quite knew what she was looking for.

(P.S. That’s a drawing by Imtiaz Dharker at the top of the post. I like her work a lot, and hope she doesn’t mind my using it.)