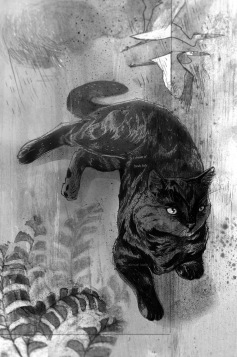 “A delight to read. Eliot’s Old Possum would have enjoyed these Practical Indian Cats.” Salman Rushdie

In the sequel and conclusion to her critically acclaimed, internationally bestselling novel, The Wildings, Nilanjana Roy takes us back to the Delhi neighbourhood of Nizamuddin, and its unforgettable cats–Mara, Southpaw, Katar, Hulo and Beraal. As they recover slowly from their terrible battle with the feral cats, they find their beloved locality changing around them. Winter brings an army of predators–humans, vicious dogs, snakes, bandicoots–along with the cold and a scarcity of food…Unless Mara can help them find a safe haven, their small band will be wiped out forever. With the assistance of a motley group of friends including Doginder, a friendly stray; Hatch, a cheel who is afraid of the sky; Thomas Mor, an affable peacock; Jethro Tail, the mouse who roared; and the legendary Senders of Delhi, Mara and her band set out on an epic journey to find a place where they can live free from danger.

“But how do you make friends with the night?”

Mara felt the fur on her paws prickle, and slowly, as sleep left her and her eyes became more accustomed to the low lighting, she became more aware of the night around them. There was scant shelter for Beraal and her kittens: a patch of tarpaulin hid them from the prying eyes of the Bigfeet, but the sheet of tin that covered part of their home was rusted and pitted with holes. The dark poured in through the holes, and came stealing in past the edge of the makeshift roof.

“Mara?” said Beraal’s calm voice. “Is it the darkness that troubles you, Mara? That must be new and strange for you, to have no roofs between you and the night?”

She felt the sender’s flanks relax, felt the little cat’s breathing start to slow down and come back to normal.

“Yes,” said Mara. Her green eyes were fixed on the blackness of the night, and her mew was as small as Ruff’s might have been. “My whiskers reach up and there’s nothing between them and the clouds; it feels as though the night rushes down them and seeps into my fur. Kirri said that the night contains more than predators; she says that we live most keenly in the dark.”

“That is true,” said Beraal. “The day is mostly for Bigfeet, but the night belongs to us.”

Mara leaned against her teacher, feeling Beraal’s thin fur rise up and down. Ruff mewed in his sleep and turned, his paws cycling at some dream.

“But how do you make friends with the night?” said Mara miserably. The damp had made her whiskers feel soggy, and her fur felt as though it would never know what it was to be warm again.

Beraal purred at her kitten, who splayed out his paws at the sound of her voice and purred back sleepily. Ruff scrambled over Mara’s neck, walked across her protesting head, balanced on one of her ears and successfully made the leap across to land on his mother’s belly. He bounced once, and snuggled into her fur.

“By learning its names,” she said.

She caught the question on Mara’s whiskers. Ruff squeaked.

Mara’s tail flicked in interest. “So do I,” she said hopefully.

“This one,” said Beraal, “has a long history. It was told to me by Miao, and Miao said it was told to her by Tigris—” Mara raised her whiskers at the mention of the name of Nizamuddin’s last Sender—“and Tigris said it had been passed down to her by other Senders.”

Ruff kneaded his small paws against Beraal’s belly, his skinny belly rising and falling against her black-and-white fur. Beraal curled around Mara, and using her whiskers as much as her voice, she began her tale…

The reviews for The Hundred Names of Darkness have welcomed the cats back. A few selections: 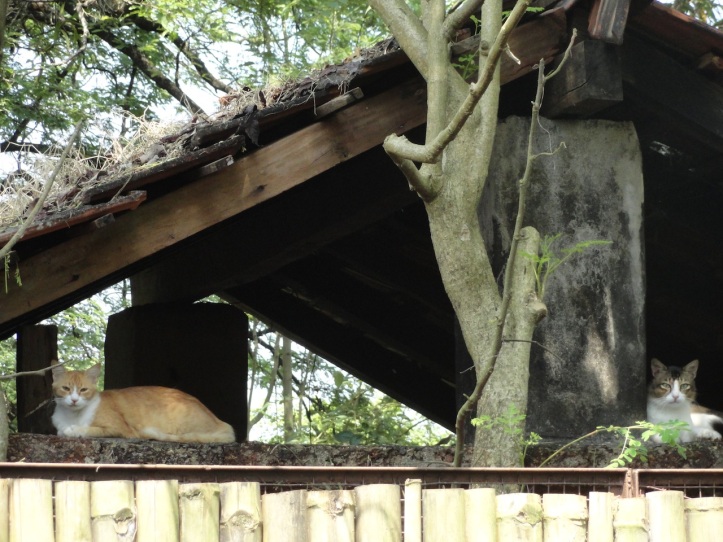 “The Hundred Names of Darkness similarly suspends the enthralled reader between two worlds. By the time you finish the book, the boundaries between these worlds seem porous like never before. It is an astounding achievement — that rare book which marries high art with what is already becoming a feverish, cult-like following.”

“It is not an enchanted landscape that Roy offers, but a familiar one, viewed through the lens of an ancient tribe, keen-eyed, sure-footed, immaculately aligned between autonomy and interdependence, territoriality and mutuality. It is a wild world but not a lawless one. On this level, it is a morality tale. It is the dharma of cats to make their peace with the night, the dharma of birds to fly, the dharma of all animals to know their place in the ecosystem. Humans are the ones whose dharma is unfathomable…. The local turns legendary, Dilli becomes Duniya, and the wilderness swivels suddenly into the world.”

The most celebrated cats in India live in Delhi. Don’t mistake, they are not the black cats who guard India’s political elite. The days of black cats are any way numbered since Aam Aadmi Party has formed the government in Delhi and its leader Arvind Kejriwal has promised to end the VIP culture. If the VIP culture ends, the black cats have to look for someplace else.

Or they can send an SMS through their whiskers to the most celebrated cats, the Nizamuddin cats, seeking support. They are the ones with more than nine lives and colourful tails.

The Times of India blog: http://blogs.timesofindia.indiatimes.com/Arrackistan/entry/the-hundred-names-of-darkness

With healthy characterization and occasional touches of seriousness, this novel is an eye-opener to the big feet through the whiskers and the colorful tails of our friendly cats.

The brilliance of her writing brings the ignored to the limelight. A light-hearted yet, a thought provoking novel for the cats are not just for kids, they have a lot more to say.

Between The Lines (blog): http://betweenthelines.in/2014/01/book-review-the-hundred-names-of-darkness-by-nilanjana-roy/

The Hundred Names of Darkness is a delightful menagerie, with other animals who are as cute, cuckoo and charismatic as Mara and the cats. Adding their barks and squawks are, among others, Doginder Singh, an abandoned Alsatian who has dubbed himself Ferocious Attack Dog (with a tail on the fluffy side, if you please); Thomas Mor, whose grand peacock family has been patrolling Delhi Golf Course for generations; the cheels Tooth and Hatch, who is Tooth’s son and prefers waddling on the ground to flying. We’ve also got a soft spot for the Viceroys, a bunch of crazy goats who are mentioned too briefly for our satisfaction.

There is no doubt Roy really feels for her characters and even a dog-person might be willing to gives cats a chance after reading this book! Her affection for and enjoyment of cats is transmitted lyrically and effortlessly and this is the perfect book to curl up with (perhaps with a cat in your lap!) on a foggy winter morning.

The curiosity about cats aroused with Roy’s first book, has been sustained in this sequel too. When Mara gets a “sending” from her young one, Monsoon, telling her where she is, one wonders if Monsoon’s story will be as engrossing as Mara’s. Only time will tell.