Column: “It was a pleasure to burn”

I wrote about Fahrenheit 451, and a world gone mad from junk, for the Financial Times this week: 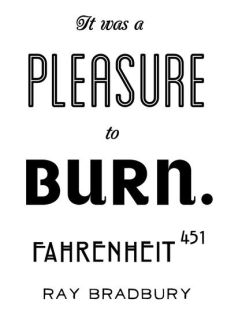 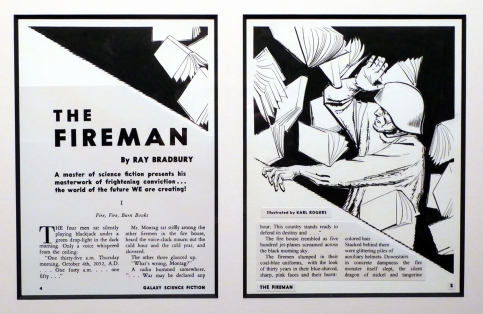 “In Bradbury’s novel, books are outlawed in a time saturated by mindless television, loud and banal radio streams, where people fear books, silence, pedestrians. Montag’s wife Mildred, shifting between hours of watching TV shows and mowing down dogs and squirrels on country roads in her car, longs for a fourth wall-sized television. Those immersed in the relentless stream of vapid information and entertainment are suspicious not just of the few lurking readers left, but of those who opt out in another way — who walk too much or too aimlessly, sit on park benches, think too much.”

(Apologies, the FT is subscription-only. But you could go straight to the source:
“IT was a special pleasure to see things eaten, to see things blackened and changed. With the brass nozzle in his fists, with this great python spitting its venomous kerosene upon the world, the blood pounded in his head, and his hands were the hands of some amazing conductor playing all the symphonies of blazing and burning to bring down the tatters and charcoal ruins of history.”