It’s been a while since I posted – apologies for letting things get a little dusty around here. I’ve been travelling, gathering a small forest of notes and index cards for the next book, and writing this weekly column on life, the universe and everything for the Financial Times:

From January to May, we’ve managed to fit in road trips to Corbett, Ramgarh, Sitla, plus Bombay, London and a few other places. It’s like that line from Moon River: there’s such a lot of world to see. If there’s one way that travel in my forties is different from travel in my twenties, it’s that visiting old friends has become much more important to my husband and I – we plan our itineraries by people, more even than destinations.

The Wildings was on the shortlist for the Waterstones Children’s Book Prize this year, which was very thrilling – I hadn’t expected to be eligible for the prize, as an Indian author, and it was a real pleasure to meet booksellers from across Waterstones. You so seldom get to say thank you to the people who’re pushing your book out there, and one thing that’s universal about booksellers and publishers anywhere – they care so much about the books that come out each year, and they never seem to get tired of reading itself. 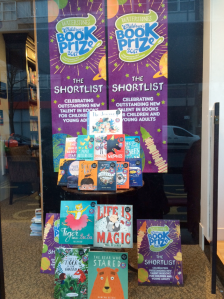 One of the oddities of being a writer outside the UK and the US is that there’s often a sizeable time-lag between the Indian edition and the ones elsewhere. The Pushkin Press edition of The Wildings and The Hundred Names of Darkness are being published elsewhere about four or five years after they’ve come out in India, and by that time, you’ve moved on to other books, other writing projects.

But the UK edition reminded me of what a strange thing writing is, the fictional world and the real world often overlapping and feeding off one another. I never know what to say to readers who ask if Mara, Katar, Southpaw, Miao, Tooth and Claw are real or purely fictional. 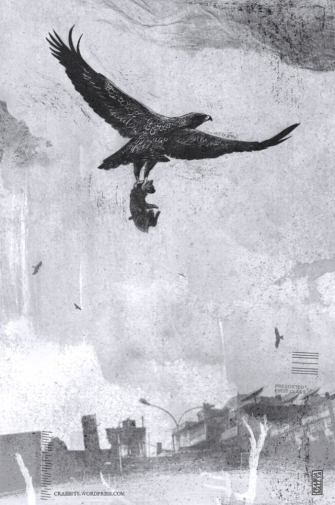 There was a real Mara – https://nilanjanaroy.com/the-wildings/maras-story/ – and a real version of Southpaw, a swaggering kitten who had to be rescued every time he climbed a too-high roof or trapped himself inside a kitchen, and a real Katar, a quiet, worried tomcat who spent much of his time trying to get the Nizamuddin cats, a rambunctious bunch, to behave. Miao was based on a dignified Siamese cat who belonged to one of my teachers; the inspiration for Beraal was a lively, friendly tortoiseshell beloved of all the neighbourhood. Even the Evil Ferals had a real-life counterpart, one of those sad stories where you see an otherwise normal cat grow mean and bitter from being locked up in a cramped environment.

I met Tooth and Claw and other black kites and brown kites every day on walks around Jangpura and Nizamuddin, and had to revise many of my preconceived notions of predator bird family life when I saw them patiently bringing up young cheels. Perhaps the only character who was one hundred per cent made up was Kirri, the mongoose, and even she had a real-life echo, in the form of a friend’s pet mongoose, a bright, friendly, fierce soul whom I had the pleasure of baby-sitting.

Ozzy and Rani, the tigers in the zoo, lead a far happier life in fiction than tigers in most Indian zoos do in real life – but one major difference between The Wildings and reality is that the lives of street cats, dogs, cows, pigs etc, and the lives of zoo animals, is by and large much harder and far more grim. I could give them a slightly happier life in fiction, and I took the author’s prerogative, and did just that, smoothening out the tragedies, ironing out some of their worst troubles. 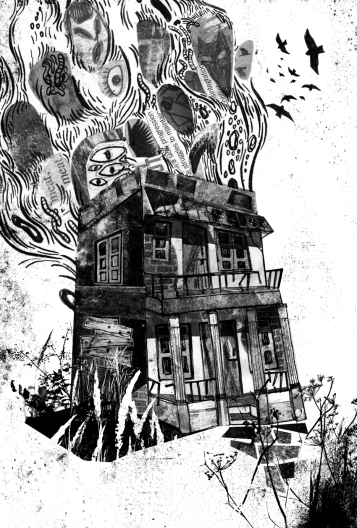 Even the journeys that the cats make, from one part of Delhi to another, was based on an incident where, to my sorrow, a family of friendly strays vanished from Jangpura, and I wondered where they’d gone and what their fate had been, hoping for the best. Many months later, I met two of the kittens, by then full-grown, in a park on the other side of the Nizamuddin dargah, close to the Golf Course, and wondered how they’d managed to cross roads, what had driven them to change territory. The dastardly bandicoots in the second book were, alas, only too real – they ravaged Lodi Gardens for a while before disappearing, both the invasion and the disappearance inexplicable to humans. I took the liberty of transporting them from Lodi Gardens to the Golf Course.

But though the characters were real, the books were pure fiction, and the characters’ adventures were completely fictional, written in tribute to two books I’d loved as a child, The Jungle Books by Rudyard Kipling and Watership Down by Richard Adams.

After The Wildings and The Hundred Names of Darkness, I made only furtive swipes towards fiction over the next year – there was enough in the way of other projects, from Patriots, Poets & Prisoners, an anthology drawn from The Modern Review’s archives, to The Girl Who Ate Books, a collection of essays on reading and book-love.

But it’s surprising how much accumulates – scraps of ideas, characters, periods of history, heaps of index cards, notes in journals – over time in any case. Then you have to learn how to write all over again, and I guess this part of the process is the same for anyone. What you’ve written in the past might give you confidence, technique and the ability to sequester the dining table, so that you can spread your index cards and notes across it, over the protests of people who want to use the dining table for meals and suchlike – but with each book, you’re a beginner all over again. The last book won’t tell you how to write this one, and that’s where I am now, a novice again, enjoying this new apprenticeship.

For inspiration, I’ve been reading interviews on craft with some of the writers whose work I admire. I doubt I’ll ever reach their level, but they give me something to aspire to – a map of the territory ahead.

Elizabeth Strout on loving her characters:

This sounds very corny, but I love all my characters; every single person I write about, I love. So as I write them, I don’t care how badly they misbehave, because they are who they are, they do what they do. I’m not saying I’m not in charge of that but they’re a particular character, and I hope that readers will appreciate what they do, and understand that they’re just people, like most of us.

Eileen Chang: “What I knew how to do…was listen to bagpipes, sit in a wicker chair enjoying a faint breeze, eat salt-boiled peanuts, admire neon lights on a wet night, reach out from the upper level of a double-decker bus to pluck leaves from the treetops.”

Around 1950 or ’51 another event happened that influenced my literary tendencies. My mother asked me to accompany her to Aracataca, where I was born, and to sell the house where I spent my first years. When I got there it was at first quite shocking because I was now twenty-two and hadn’t been there since the age of eight. Nothing had really changed, but I felt that I wasn’t really looking at the village, but I was experiencing it as if I were reading it. It was as if everything I saw had already been written, and all I had to do was to sit down and copy what was already there and what I was just reading. For all practical purposes everything had evolved into literature: the houses, the people, and the memories.