As a species, we suck at handling death. Except for a few evolved souls and practising Tibetan Buddhists, the rest of humanity hurtles towards the one part of their lives that is inevitable and unavoidable with a blend of screaming fear and absolute denial.

Atul Gawande wrote about this movingly in Being Mortal, reflecting that though modern medicine had changed people’s life expectancies and the arc of ageing, we had lost the art of dying well. “Dying used to be accompanied by a prescribed set of customs,” he wrote. “Guides to ars moriendi, the art of dying, were extraordinarily popular; a 1415 medieval Latin text was reprinted in more than a hundred editions across Europe.”

But most people are uncomfortable thinking about the prospect of their own deaths. It is hard enough to fully accept your mortality, harder still to accept that you have no control over how or when you will die. Given how much effort most humans put into controlling every other aspect of their lives – their work, their homes, whom they choose to live with or befriend, their diets, even their hair colouring – this is the deal-breaker, the thing that makes us unable to talk about death with the same curiosity and openness that we bring to other phases of our lives.

The few who can face death with calm acceptance are heroes. But to face death bravely is one thing. To be able to write about the imminence of dying, to place your life and your life’s joys and challenges in perspective when you are gripped by an illness that takes the decades you had planned for and cuts them down to months – that is an act of transcendent courage and humanity.

This is what Paul Kalanithi accomplished in When Breath Becomes Air, a memoir published posthumously after his untimely death at the age of 37 from cancer. Kalanithi was a practising neurosurgeon, and is survived by his wife, Lucy, and daughter. Lucy compiled his writings, letters and articulate posts from internet forums, and contributed one of the most moving epilogues in memory to this book.

Kalanithi grew up in Arizona, where he read books given to him by his mother, from Thoreau to Sartre. This early reading may have shaped his style – lucid, but also classically beautiful, a surgeon’s neatness married to a writer’s imagination – and explains his love of poetry. He took his title from a poem, Caelica 83, by Baron Brooke Fulke Greville:

“You that seek what life is in death

Now find it in air that once was breath

Till time ends bodies, but souls none.” 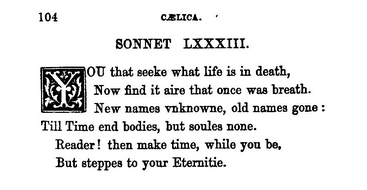 The impression you get of Kalanithi is of a man of driving intelligence, quick humour and compassion, who scorched the earth with his determination to do and know as much as he could. He had acquired two BAs and an MA in literature at Stanford as well as a Master of Philosophy at Cambridge, before he joined the Yale School of Medicine. At Stanford, he became a surgeon and pursued a postdoctoral fellowship in neuroscience.

He had already accomplished so much in his life, and planned for so much more, when the first signs of cancer intruded: pain in his lower back, weight loss, fatigue.

One of the most poignant passages in When Breath Becomes Air is an account of his last day at work as a practising surgeon. His immersion in his work, his care with the patients whose ailments he succours as he cuts into their bodies, sutures incisions, patiently repairs an assisting surgeon’s inadvertent blunder, is so evident. The joy he took in being a healer is obvious, and so painfully touching, as he crosses the bridge that takes him from being a doctor to being a patient himself.

It astonishes me to think that he set down the chapters with such a steady mind, recording his life before and after his cancer diagnosis with honesty and clarity. There are moments of bittersweet joy: “Our daughter was born days after I was released from the hospital. Week to week, she blossoms: a first grasp, a first smile, a first laugh. Her pediatrician regularly records her growth on charts, tick marks of her progress over time. A brightening newness surrounds her. As she sits in my lap smiling, enthralled by my tuneless singing, an incandescence lights the room.”

And of unflinching wisdom. “Every day brings me further from the low of my last cancer relapse, but every day also brings me closer to the next cancer recurrence – and eventually, death.” People might respond in two ways to such a diagnosis, he writes: one would be an impulse to frantic activity, to achieve a host of neglected ambitions. But cancer limits his energy as well as his time: “I plod, I ponder, some days I simply persist.”

“I got to know Paul only after his death. I came to know him most intimately when he’d ceased to be,” Abraham Verghese writes in the foreword. Many readers will know Paul only posthumously, too, and will feel the loss of not having known this vibrant, self-aware, wry, wise man when he was alive. I thought of Oliver Sacks, and what he wrote when he faced death: “I have loved and been loved. I have been given much and I have given something in return.”

When Breath Becomes Air, written by a dying man about his condition, is one of the most life-affirming books I have read in a while. Kalanithi gave so much in return to the world where he lived so richly as surgeon, husband, father, writer.