A clutch of covers

The year went by in such a whoosh of edits, columns and tentative dabs at some new writing that it took me a while to realise that The Girl Who Ate Books had actually been finished, dented, painted, buffed and handed over to Somak and Krishan at HarperCollins. (Backstory here.) And that The Wildings and The Hundred Names of Darkness has gone through a flurry of final edits; the North American editions will soon be out.

I got my author’s copies of the US/ Canada paperback edition of The Wildings today, and sent up a silent prayer of thanks to the Deity In Charge of Authors Who Have Strong Feelings About Their Book Covers, among the busiest and most sought after of all gods. There’s a moment when you finally hold your book in your hand, and you know whether you’re going to love this edition forever or hate it through all eternity. I loved the Random House one, with its map — 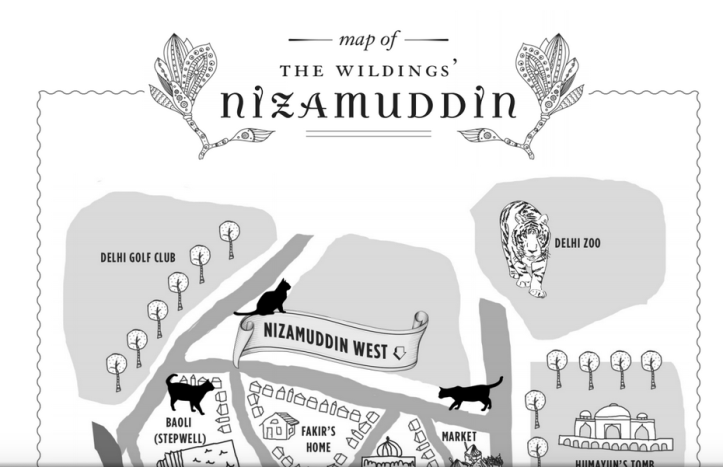 — and paired Wildings-Hundred Names covers, and the beautiful, thick paper, and Prabha Mallya’s exquisite end-papers, carried over from Aleph’s Indian edition. Just a week previously, Kriti Monga had sent me her gorgeous cover for The Girl Who Ate Books, and I had been astounded by what she’d done — I was expecting a typographic cover, but she’d scattered images from the essays around so cleverly that they formed something entirely new, unexpected and beguiling.

Then I put the covers of all the English-language editions together, which I hadn’t done before, and realised for the first time just how lucky I’d been. Most debut authors would count themselves fortunate to have one beautiful book cover out of their first two or three published books.

I loved all of mine — Bena Sareen’s vivid, we-put-the-wild-into-the-wildings originals for Aleph, Kelly Hill’s haunting and classic covers for the North America Random House editions, Kriti Monga’s lush and sensitive cover for The Girl Who Ate Books — and from other authors, I know how rare this is. In all three cases, I was careful not to offer a brief or a visual suggestion to the designer, trusting that they would know best; and they did. It’s a gift when you have cover designs like these (below).

Myna, detail from The Girl Who Ate Books, Kriti Monga