Business Standard asked for a list of book recommendations for readers in 2014. This is by no means exhaustive, and doesn’t cover translations, poetry, drama, or young adult fiction, but here are a few that I’m really looking forward to reading next year. It looks like a great year for fiction, with new work expected from Colm Toibin, Yiyun Li, Lorrie Moore and Lydia Davis as well. 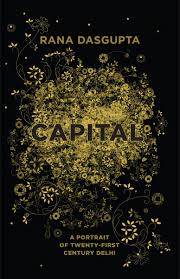 “Delhi is a segregated city; an impenetrable, wary city – a city with a fondness for barbed wire, armed guards and guest lists… But in this segregated city, everyone comes together on the roads.” Rana Dasgupta came to Delhi 13 years ago and has – this is a classic Delhi story—never quite managed to leave, making his name as a spinner of fables, a novelist and a musician over this decade in a ruthless, power-hungry, aggressive and sometimes compassionate capital. He’s a good listener, with a ear for stories as sharp as his eye for a well-structured sentence, and his tales of the city include the lives of its hustling entrepreneurs as well as the histories of its multitudes of migrants. Delhi might finally have found a chronicler capable of capturing its many attractions as well as its cultivated seediness.

“Writers are mad and promiscuous, if they’re lucky; they make people up for a living, give them something to say, enter their minds, toy with them and often ruin their lives.” That’s the kind of flamboyant, quotable, pithy insight admirers expect from Kureishi, but he wrote these lines as a precursor to a far more important point: writing and literature were the only way to capture the chaos of living, since what people think of as their lives is a messy compound of dream, fantasy and imagination.

There’s been much speculation that one of the protagonists in The Last Word is loosely based on VS Naipaul; in Kureishi’s novel, a younger writer blunders into the life of an older, legendary author, setting off a series of complicated exercises in mutual competitiveness. Given his track record, expect the novel to be more interesting than anything the real world could provide. 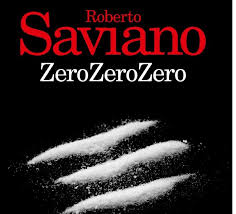 One way to make an impact as a debut writer is to get a few modestly praising reviews, pick up the odd trophy and be invited to literary festivals, which is what Indian writers do. The other is to write a book like Gomorrah, watch as it sells two million copies and spend most of your life wearing a “wooden shirt” because the Italian Mafia wishes to give you a free coffin, which is how Saviano made his literary debut. Given that he’d chosen the controversial, dangerous subject of the Camorra for his first book, you might think he’d tone it down, and of course he does: Zero Zero Zero is about the completely non-controversial, positively innocous world of the cocaine trade.

More even than his research, which spans Colombia’s drug trade and London’s nightclubs, it’s Saviano’s belief that there is no real separation between the “clean” world of innocence and law-abiding citizens and the dirty world of drugs, power and money that is challenging and fascinating. In his introduction, Saviano thanks David Dannon for giving him six months of freedom: Dannon was the identity he assumed in order to do some of the research for this book.

Romila Thapar: The Past As Present: Essays on Religion and History (Aleph Book Company)

“Doubting history is not blasphemy,” says one of India’s most formidable and most respected historians in this collection of essays on history and religion. Thapar has been dragged into India’s history wars reluctantly, thanks to her deep and abiding love for medieval and ancient India, in a time when historical fact must contend with the dubious truths of legend and myth. But in these essays, it is Thapar’s scholarship, and her love of the past, that shines through, as much as her precisely gathered arguments that the facts of history cannot be obliterated or ignored. 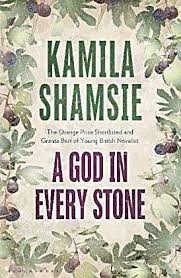 Kamila Shamsie: A God In Every Stone (Bloomsbury)

Shamsie, named one of Granta’s best young British novelists in 2013, has a way of pausing at the pitstops of history and drawing your attention to something you would otherwise have walked past. She did that with her novel about Nagasaki; with A God In Every Stone, she goes back to World War Two territory. ‘Vipers’, excerpted in Granta from her novel, was about two soldiers from British India, one of whom will lose an eye in Ypres, the ‘Vipers’ of the title, and pitches expectations for A God In Every Stone very high indeed.

Philip Gourevitch: You Hide That You Hate Me And I Hide That I Know (The Penguin Press)

“Something immense happened, and then vanished from our consciousness,” Gourevitch said in an interview about the Rwandan genocide, in which over 800,000 Tutsis were massacred. Twenty years after, Gourevitch went back to meet many of those he’d interviewed for his chilling 1998 account of Rwanda, We Wish To Inform You That Tomorrow We Will Be Killed With Our Families. Gourevitch mixes compassion with precision. In one of his articles, he began with this line: “Decimation means the killing of every tenth person in a population, and in the spring and early summer of 1994 a program of massacres decimated the Republic of Rwanda.” It is impossible for anyone who reads that sentence to ever misuse the word ‘decimation’ again, or to use it without thinking of genocide.

Researching fact-checkers and anesthesiologists for an essay he published in The Atlantic, David Zweid was fascinated by the idea of ‘invisibles’: people who upheld standards of excellence in professions that by and large remained unnoticed. Piano tuners, fact-checkers, graphic designers: in The Invisibles, Zweig explores the overlooked lives for those who’re driven by internal satisfaction more than the recognition or fame we’re taught to value. Given Zweig’s meticulousness and his curiosity, expect The Invisibles to be highly influential.

One of the joys of being a reader in this last decade has been discovering Marilynne Robinson’s majestic, and profoundly moving, fiction. Robinson wrote Housekeeping in 1980; Gilead, her next novel, came out after a gap of 24 years, to be followed four years later by Home. “In every important way we are such secrets from one another,” a character says in Gilead, and each one of her novels bridges the “vast spaces between us” with a reminder of the awe and beauty of the world. Lila, her fourth novel, comes out in mid-2014, closing the trilogy she began with Gilead, and few books have been as eagerly awaited.

Akhil Sharma’s An Obedient Father was a disturbing, unsettling novel, peeling away the comfortable myths around the Indian family. His second novel, Family Life, tells the story of immigrants to the US who leave India just after Indira Gandhi’s Emergency years. There will be no easy nostalgia here, given Sharma’s ability to handle both tragedy and unlikeable characters: as the title hints, the darkest stories are the ones closest to home.

Sam Miller is the kind of “foreigner” who knows Delhi and other parts of India better than many locals. In A Strange Kind of Paradise, he looks at the history of other foreigners in India, from the Greeks and the Chinese to Europeans and Americas, at the Indias they imagined and inhabited. After 25 years in the country, he is more than qualified as an old India hand to speak for both, the visitors and the insiders.