Booklove: The Lowland, by Jhumpa Lahiri

The children of revolution 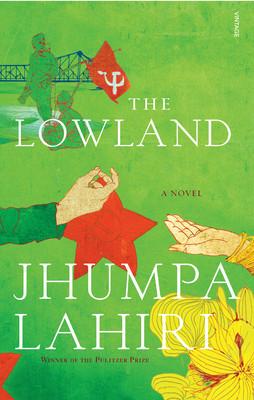 It took ten days in the Lal Bazaar lock-up to end the life of Charu Mazumdar, back in July 1972. The police who had presided over either the asthma or the gentle inquiries that killed Mazumdar, one of the key thinkers behind West Bengal’s Naxalite movement, did not hand over his body in any public way.

In those ten days, the police had become his keepers and caretakers, and so, along with a few chosen family members, they accompanied the dead man to the cremation ground. They saw him into the flames, as though the attentions they had paid him in Lal Bazaar had brought them as close to Mazumdar as if they were his own family.

Two years after that, Mahasweta Devi wrote about Sujata, mother to the corpse of prisoner number 1084, whose story was ordinary enough in a time when the state dealt with revolution by means that seemed like tawdry magic, pulling out an array of cheap vanishing tricks. The boys and men, farmers, peasants, intellectuals, professors, fledgling revolutionaries who shaped the Naxal years were disappeared, and often even their bodies, their corpses, were never seen again. Mother of 1084 has had a long afterlife, haunting Indian stage and the memories of readers, over the last three decades, never quite forgotten, and in a time of encounters and Operation Green Hunts, never quite out of date.

In 2010, another revolutionary, once a name to reckon with, killed himself. “A seventy-eight-year-old man, wearing an undershirt and cotton pajamas, hanging from a nylon rope… His head was cocked to the right, the back of his neck exposed above the undershirt. The sides of his feet were touching the floor. As if all he had to do was straighten his shoulders and move on.”

Jhumpa Lahiri’s fourth book, The Lowland, comes out three years after the suicide of Kanu Sanyal. As with Mazumdar, Sanyal had been plagued in his last year with lung trouble, as though one of the legacies of being a Naxalite was that it became hard to breathe anything but the air of revolution.

To write about the brothers who live near the lowland and the hyacinth ponds outside Calcutta’s Tollygunge, Lahiri has had to bridge considerable distances, writing across time and geography. But the first few pages of The Lowland stand among the best opening chapters written in the last few decades, breathtaking in their economical force.

Lahiri has been accused of overwriting, a lazy claim, as unfair as accusing Transtromer or Adonis of writing too lyrically. Her prose in these sections and in the final chapters is rich, precise and moving. The lives of Udayan and Subhash are lived outside the high walls of the Tolly Club. Egrets, water-buffalos, an egg fallen from a warbler’s nest, along with the dank air that rises from the hyacinth leaves, mark both the areas forbidden to the boys and the familiar roads of their own homes. They commit a minor crime—trespassing—and a major one—aspiring to the lives of those above them, by trying to play golf with a discarded putting iron, and are discovered by a policeman: “Someone invited you today, to play golf at the club?”

The brothers take different paths: Subhash goes to another village, a strikingly different one in America, to study marine chemistry, Udayan becomes a Naxalite. His blue aerogrammes carry slogans to Subhash that are now old and tired, but that shone new and clean for a brief while in the 1970s, before the worst of the violence had consumed both sides, the revolutionaries and the state. “War will bring the revolution; revolution will stop the war.” Udayan marries Gauri, a young woman who shares his beliefs; when he dies, in one of the encounters so common then, his body not handed back to his family, as was also common, he leaves behind a pregnant wife. She marries Subhash, and starts a new life in America, and it is on this scaffolding that Lahiri builds The Lowland.

Perhaps her achievement here is to have created a great if failed novel, for the middle sections of The Lowland sag under the necessity of including the survivor’s stories. (This is not necessarily a criticism: I’d take a great failed novel any day over a mediocre success.)

The Naxal years and their aftermath are conveyed in clipped, short bursts, as if to underline the safe distance between Subhash, Gauri, his brother’s child and that period. Gauri’s life takes her in the direction of large and often unconventional choices, but it is neat, and somewhat airless. Lahiri conveys this airlessness with such precision that she almost suffocates her readers.

None of the characters are as vivid as Udayan. Despite the quiet force of Lahiri’s sentences, and her ability to pay attention to the particular, it is the Bengal landscape that dominates the novel, rather than the more familiar stories of estrangement and middle-aged griefs offered by the lives of the characters in America. The prose here is punctilious rather than sparkling, but then, The Lowland is not and was never about the glamour of revolution, nor does it gain its moral force from the artistic depiction of war, bloodshed, violence.

Thirty years ago, Mahasweta Devi wrote with an immediacy and an urgency that may be lost to writers today, and it is true that The Lowland lacks the towering imaginative power of Mother of 1084 or Dopdi Mejhen.

In her own way, Lahiri marries her instinctive compassion for her characters with a frighteningly pitiless gaze, and her greatest achievement in The Lowland is to change the rules. The classic revolutionary novel ends with redemption, or with an evocation of loss, or with visions of another revolution.

But Lahiri clinically removes every possibility of redemption from the survivors whose lives she follows: love, parenthood, the life of the mind, other protests and other revolutions, none of these things will shape their lives as starkly as the absence of Udayan has. In a time when it may no longer be possible to believe in revolution, after failed Occupations and murky Arab Springs, she refuses to offer easy solace. Nor is she interested in loss and grief beyond a point.

Instead, The Lowland hints that if grace is to be found, it might be in the small, unremarkable moments of our lives. Two brothers, golf balls heavy in their pockets, climbing a wall. The sight of a heron in flight, its heavy wings forcing a kind of helpless love on the spectator. The last thing a man about to die sees; the sight of the bookish girl he had married, and then the bullets end that story.

There may be novels more conventionally dazzling, but few writers have Lahiri’s gift for creating stark, unforgettable meaning out of shades of grey, failed revolutions and ambiguous lives.

“In the courtyard of their family’s house was the most enduring legacy of Udayan’s transgressions. A trail of his footprints, created the day the dirt surface was paved. A day they’d been instructed to remain indoors until it had set.

All morning they’d watched the mason preparing the concrete in a wheelbarrow, spreading and smoothing the wet mixture with his tools. Twenty-four hours, the mason had warned them, before leaving.

Subhash had listened. He had watched through the window, he had not gone out. But when their mother’s back was turned, Udayan ran down the long wooden plank temporarily set up to get from the door to the street.

Halfway across the plank he lost his balance, the evidence of his path forming impressions of the soles of his feet, tapering like an hourglass at the center, the pads of the ties disconnected.

The following day the mason was called back. By then the surface had dried, and the impressions left by Udayan’s feet were permanent. The only way to repair the flaw was to apply another layer. Subhash wondered whether this time his brother had gone too far.

But to the mason their father said, Leave it be. Not for the expense or effort involved, but because he believed it was wrong to erase steps that his son had taken.”