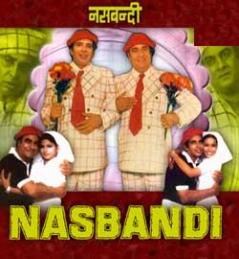 Memory is malleable, and tyrannical: because what you remember is so vivid, you forget how easily memory can be reshaped. Most of the Uruguayian writer Eduardo Galeano’s work has been a reminder of alternate, forgotten histories.

His new book, Children of the Days, is a calendar of human history, with brief entries for each day flowing through the year. Some entries turn history on its head: on 20th March, Galeano invites you to “remember” the day when Iraq’s air force bombed the United States. “The war was inevitable. The security of Iraq and of all humanity was threatened by the weapons of mass destruction stockpiled in United States arsenals.”

Elsewhere, he commemorates small things—the arrival in Brazil of the first radio soap opera; of the top scorer, Boniperti, whose club paid him a cow for every goal; of women such as la Tigresa and la Generala, Mexico’s women warriors. But this is also a diary filled with unsettling, inconvenient details, such as the reminder that Nelson Mandela’s name was dropped from the US government’s list of dangerous terrorists in 2008.

In all of his work, Galeano works against amnesia, tilting the First-Third World balance back so that the Mayans might be as well known as Versailles, writing a fierce history of the Americas that tells the stories of the countries not known as the United States. His very first entry in Children of the Days, on January 1st, is a reminder to take nothing for granted: “Today is not the first day of the year for the Mayas, the Jews, the Arabs, the Chinese…”

My generation of writers were born well after India’s freedom at midnight. They were infants in the 1960s, saw childhood’s end during the Emergency, left their adolescence behind after 1984. They write across a broad range of genres and they are spread out across the continents. But they are united by the need to keep amnesia at bay; in their very different ways, these writers, from Kiran Desai, Anuja Chauhan and Aravind Adiga, to A X Ahmad, Jaspreet Singh and Shovon Chowdhury, are memory-keepers.

“For all immigrants, the story that you create at the end is the story you can live with and that you like to tell. It’s not what actually happened,” Kiran Desai had said some years ago, about the immigrants in her novel, Inheritance of Loss. Aravind Adiga, in all three of his books, looks closely at the lives of people who were otherwise often invisible to Indians writing in English.

Anuja Chauhan, who writes in a deceptively light vein, delivers constant reminders of how the “real India” works in The Battle for Bittora, which reads like the intelligent politician’s guide to vote-capturing. In Those Pricey Thakur Girls, she set her love story against the backdrop of the Doordarshan years, when the idea that the news was censored was far less remarkable than the idea that one might, eventually, report a kind of truth.

A X Ahmad, Jaspreet Singh and Shovon Chowdhury, who all have novels out this year, reflect the chief concern of their times. The official histories are filled with denials and erasures; you can buy shares in the noisy stock exchange where the Indian left and the Indian rightwing peddle different versions of The One True History of India. It is as urgent a need for this generation of writers to recover their own histories as it was for a previous one to explore the past.

Jaspreet Singh, like me and so many other citizens of Delhi, remembers the smoke curling above the city in 1984, and the mobs, and who led them, in a way that the official histories do not. The protagonist of his third novel, Helium, is a scientist who studies, in part, “the flow of complex materials, the ones with memory. Water, for instance, doesn’t have memory, but blood remembers its past.” The novel opens years after 1984, with Singh’s fictional scientist returning to India to try and meet the widow of his former mentor, one of the many casualties of that winter in Delhi.

In A X Ahmad’s debut thriller, The Caretaker, a former captain in the Indian army, Ranjit Singh, struggles as an illegal immigrant in the United States. “People are always saying to him: this is America. What the hell does that mean?” If his vulnerability, and the stripping of his dignity, forms one strand of Ahmad’s plot, the other strand summons up ghosts Ranjit Singh met in Siachen, casualties of a dirty war.

In strictly technical terms, Shovon Chowdhury’s first novel, The Competent Authority, is set in the India of the future. What’s left of the country after it was nuked by China, and after Bengal seceded, is run by the Competent Authority, “more heaven-born than those dolts from the Foreign Service”, a mostly nameless bureaucrat. But that future owes much to the memories of 1947, of the Emergency years and more. As Shovon writes, “Most of this story has been ripped out, naked and quivering, from the memories of the past decade.” As he demonstrates, the dark holds almost as many black jokes as it holds terrors. Good parody makes you laugh till it hurts; great satire makes you laugh where it hurts.

As Galeano knows, and as these writers know, the only defence against the obliteration of memory and the tyranny of false histories is to keep telling your story, over and over again.