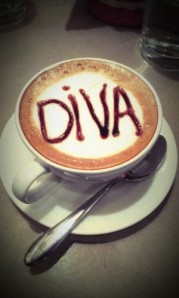 Back from Bombay’s literary carnival, I have trouble with my hearing. There’s Axl Rose’s growling vocals in my left ear, Anita Desai’s gentle, precise whispers in my right.

Axl, the last gun standing from Guns N’Roses, had brought the reconfigured band to Bombay while the ToI carnival was on, so we went from Anita Desai’s graceful speech on writing at Mehboob Studios to Welcome to the Jungle. GNR was audible from the hotel parking lot, November Rain blasting through the Bandra Kurla Complex in the very mild December weather Bombay refers to laughingly as “winter”.

Desai’s words were a whole lot quieter than Axl Rose, but in her way, she’s no mean lyricist. As she accepted a lifetime achievement award, another writer reminded me of an interview where Desai had said: “When one sits down to write a book, you do not start with the bigger issues. You start with some very tiny details which have been in a way haunting you, that you have been thinking about, brooding over. You just put together all these little details of this world that you are imagining, and the characters you are imagining. And it is only when it is there on paper that you look down and you see that actually you have drawn a map of a political world as well.”

In my admittedly warped booklover’s memory, Bombay had always been as much a city of books as of film. Friends who were writers themselves—Jerry Pinto, Naresh Fernandes—took me around the city’s bookstores on my first few visits to Bombay.

It wasn’t that long ago that Bombay had a formidable set of bookstores—Strand, ruled by the intelligent taste of the late TN Shanbhag, Lotus Book House (above that petrol pump in Bandra), which had an unmatched selection of arthouse and aantel books, and Smoker’s Corner, which functioned as a cross between bookstore and lending library.

The last few years were dark ones for Bombay’s bookstores. The 525 bookstores listed by TISS sounds like a healthy number, but it’s misleading—many of those “bookstores” are stationery shops, or textbook specialists who carry either no fiction, or limited quantities of fiction. The chain bookstores are depressing places—you expect them to be commercial, but they are dully, boringly commercial, stocking only the most conservative of bestsellers. Lotus closed down in the mid-2000s; Strand and Smoker’s Corner remain, but Strand doesn’t have the range it once did.

The author Ann Patchett started her own large independent bookstore, Parnassus Books, in Nashville some years ago. She built it to recreate the stores that she missed, where “the people who worked there remembered who you were and what you read, even if you were 10”. In an essay for The Atlantic, she defined the difference between the large chains and the kind of bookstore she wanted: “…That kind of bookstore, one that valued books and readers above muffins and adorable plastic watering cans, a store that recognized it could not possibly stock every single book that every single person might be looking for, and so stocked the books the staff had read and liked and could recommend.”

Bombay has a bookstore like that—Kitabkhana in Fort runs according to the Patchett Principle. Like her store, it also functions as a community centre, a place where people will bring their children for book readings, and where authors can do their readings in the pleasant, cosy company of books. If you could combine the two and bring Kitabkhana to Mehboob Studios, which is where the literary carnival is held, you’d have the best of both worlds.

The literary carnival lived up to its billing—one of the meanings of the word “carnival” is a period of public revelry, often following (or more ominously, preceding) a period of fasting. It had something of the slapdash charm of the literary part of the Kala Ghoda festival, and retained that festival’s once-strong determination to treat authors with respect, by the simple means of taking their spoken and written words seriously.

But when Ramachandra Guha spoke to a teeming hall about the duty of a liberal, or Mrinal Pande discussed what you lose when you lose your language, or Suketu Mehta and Kate Boo talked journalism, they were not speaking to the small, faithful army of old-school booklovers, but to a much larger and much more varied crowd.

It may have paid off; at the festival bookstore, readers bought everything from Dalrymple’s Return of a King to Arshia Sattar’s Ramayana translation. “Sooo many writers!” said a lovely lady in a scarf dress who’d just bought a bulky collection of poetry. “I thought they were all writing films but look at all these books! I didn’t know there were sooooo many books!” She went back to buy some more, packing in Anne Enright along with Jerry Pinto.

And that’s where this Bombay “carnival” scored. Call it the triumph of cappucino programming—start with a solid dose of intellectual caffeine, top with equal parts of froth and sugar, serve.