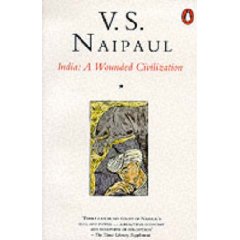 (Published in the Business Standard, November 6, 2012)

Despite his gifts as a writer, Naipaul’s many areas of blindness make his non-fiction less and less relevant over the years

Girish Karnad is not in need of a defence; the speech he made at the Literature Live festival in Mumbai last week was eloquent enough. In that speech, which questioned the Lifetime Achievement Award bestowed on VS Naipaul, Karnad raised two—perhaps three—large questions.

The first is the most easily dealt with: was it proper or necessary for Mr Karnad, one of India’s most respected writers, to attack the writings of Naipaul at a festival where the other writer had been, in effect, the guest of honour?

Naipaul was not, however, being honoured for a novel or a book in isolation. It was his work over the period of a lifetime—and by extension, the entire framework of the beliefs and the arguments he had made in the course of his life as a writer—that was being held up for admiration, and also for scrutiny.

To ask a writer, especially one of Girish Karnad’s stature, to withhold his critical indignation or to suppress a nuanced attack is absurd, and while some might disagree, it was appropriate that he offered his disagreement on the same platform, instead of waiting for a later time and date.

The second question is a larger one: what are we to make of Naipaul’s work, especially his non-fiction, when the passage of time allows readers to see his work (and his view of the world) as a whole? The debate often degenerates here between a battle for space between Naipaul’s supporters and his equally numerous detractors, and into the realm of gossip.

If you discard all of his public pronouncements, and stay with the work itself, the answers that come back are deeply disquieting. For all of Naipaul’s gifts—the illuminating, merciless gaze, the beauty of the craft, the traveller’s curiosity and insistence on probing below the surface of things—his non-fiction, especially his view of India and Africa, reveals deep and persistent biases and absences.

Karnad, like William Dalrymple and Derek Walcott before him, has attacked Naipaul’s more glaring biases, all three writers pointing out the flaws in their colleague’s world-view. (Walcott made his criticisms in a poem, The Mongoose, as well as in essays and interviews. Dalrymple’s essay attacked the work, not the man.) The idea of a civilization permanently wounded and still healing from Muslim invasions is woven into too many of his works to be ignored; and Karnad was correct to point out in his speech that Naipaul’s premises were alarmingly faulty. Here as in his Africa travels, the “area of darkness” that he speaks of, and the absence of a true history, can mask his own ignorance of the many competing (and directly contradictory) histories already available.

For many readers, an equally glaring absence is in Naipaul’s implicit assumption that the only histories and voices that count are masculine ones. His books on India are rendered inadequate by the fact that they tell, and are interested in, the history of only half of India, the half that belongs to men.

In her 1990 review of India: A Million Mutinies Now for the New York Times, Janette Turner Hospital says that she has only one reservation: “Because Mr. Naipaul’s portraits are careful and illuminating, I was disappointed that there were so few of women, and only one of these was other than cursory. …But why is there only this solitary, detailed study? Of course, it is inordinately difficult for an unrelated male to converse at all with a woman in India. But even in instances where such a discussion was clearly possible, for example, with Arati, the wife of Dipanjan, a physicist, Mr. Naipaul never really presents her directly.”

In a time when other histories and travelogues are available, accounts that include women as a matter of course, not as a matter of political correctness, because their voices are just as interesting, varied and important as that of men, this absence (across several books) becomes even more glaring.

Somewhere between the polarities of attack and defence, it is important to come to an honest assessment of any writer, especially one with as large and well-frequented a shrine as VS Naipaul, with a balanced assessment of his flaws and continued relevance, as well as his undoubted strengths. The best of Naipaul has been written about, ad infinitum ad nauseum, by his many supporters and chamchas: his need to possess an experience, his belief that the people in the countries he visits are more important than the writer’s personal experiences, the fierce integrity with which he attempts to bring understanding to an emotional experience.

There should be space to talk about, and examine, the worst of Naipaul, his areas of blindness. There is his refusal to engage with the African oral tradition or the Indian syncretic tradition of music, both keys to a world that remains locked and unexplored in his travels. As Karnad asked, what do we—not just the givers of awards, but Naipaul’s readers—think of his “stand that Indian Muslims are raiders and marauders”?

None of these questions are unimportant, and when a new award invites readers to assess the life’s work of a major writer, they shouldn’t complain when readers and writers hold that work up to the light.