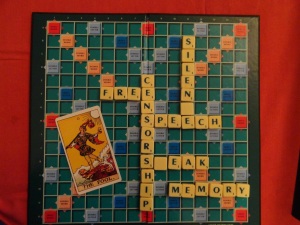 To mark Banned Books Week, held worldwide from September 30 to October 7, this blog will carry a few posts every day for the next week on the freedom to read (and book bans).  Beyond book bans and clear-cut instances of censorship, Banned Books Week is about, “the value of free and open access to information”.

I was lucky enough to grow up in a house where we took reading for granted, and to spend many years in a city where everyone had opinions on what we should read next, from the pavement booksellers of College Street to my grandmother’s friends. It didn’t occur to me then that what I accepted as a right–to read as everyday as to eat–was, and remains, a luxury.

Book bans affect a relatively small number of books, and while they affect readers, the greater concern in India has more to do with the precedent they set–allowing us as a community to tidy away and silence inconvenient or disquieting ideas. The other side of the freedom to read has to do with the availability, or lack of, public libraries, especially in low-income areas; and with the freedom to imagine that you could tell all of the truth about your own lives, without fear or censorship.

Mukul Kesavan on censuring those who won’t censor themselves

Chiki Sarkar on the courts and the publisher

Sanjay Sipahimalani on exercising the freedom to read

My column on the freedom to read, libraries and bookstores

Arpita Das on Reading in Sin

Deepanjana Pal on reviewing The Satanic Verses, 24 years after

Salil Tripathi on The Ten Commandments of Offence

The history of banned books in India

Ashok Malik on unbanning the banned