Book review: The Sly Company of People Who Care 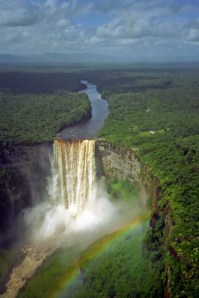 (Published in India Today, February 2011; this is a longer version.)

VS Naipaul made two observations that should be committed to memory by all aspiring authors, and travelers. The first was that his travel books, specifically the ones about India, were all books about himself as much about the country. The second was about technique; in his early years as a traveler, Naipaul said, he was so taken “with the odd idea of the writer as the reader of externals that [he] never thought to make simple inquiries of people”.

Naipaul weaves through the pages of The Sly Company of People Who Care, referenced explicitly twice, paid homage to in several gorgeously written, sharp passages about Guyana. But of all the men—and they are, mostly, young, ambitious men—who have genuflected at Naipaul’s shrine, Rahul Bhattacharya may be his one true heir.

To say that is also to diminish the impact of this first novel, one of the most original and striking debuts of an already crowded year. “Guyana had the feel of an accidental place,” writes the narrator, an accidental voyager in search of meaning, a shape to his life; but this will be no ordinary bildungsroman. As Uncle Lance will tell him about Guyana, “it have everything… It have Hindu chu’ch, Muslim chu’ch, chu’ch of Christ. We got embassy, orphanage, vulcanisin, pawnshop, cookshop, rumshop, short-time’—the by-the-hour humping rooms. “..We got Blackman, redman, buck, chinee, coolie, dougla all lashin each other.”

The task Bhattacharya sets himself is not easy; The Sly Company of People Who Care could, in less skilled hands, have become a 21st century version of the 20th century novel where the protagonist takes the Grand Tour, goes to darkest Africa or mysterious India, and finds himself, conveniently and sharply outlined against a new landscape. And Guyana, as the author is well aware, is one of the last of the places on the map marked Here Be Dragons, one of the few places relatively untouched by the gritty prose of the indefatigable travel writer.

One clever way to avoid writing the exotic Indian novel is to write the exotic Guyana novel instead; but Bhattacharya’s interest in place is far deeper than that. Guyana doesn’t stand for anything except itself; and it is the country’s history that allows the author to explore issues like migration, displacement and the rediscovery of self against a richly contemporary landscape.

The narrator becomes, briefly, a porknocker, prospecting for diamonds along with a bandit called Baby; it is not Baby’s banditry but the slow revelation of his possible insanity and his evident penchant for violence that will derail this relationship. The soundtrack to The Sly Company of People Who Care is there in every chapter; “gospel-soaked romps”, ska, chutney and reggae, soca and militant ballads.

“If water was Guyana’s essential truth, then porknocking was its most essential endeavour.” The porknocker is the man who goes after “the shimmers of desperate human coveting”; they get the glory, the rawness, the adventure—“got even the lone sorrow”. Every page of this novel glimmers with Rahul Bhattacharya’s controlled but wonderfully evocative prose; as you would expect from the author of a brilliant non-fiction work on cricket, Pundits From Pakistan, this is not journeyman or amateur writing in any sense. If Naipaul provides one kind of reference point for Bhattacharya, another is less obvious: the young Graham Greene, exploring the dark political comedies of just-hatched, unfledged regimes, would have shared Bhattacharya’s eye for the grotesque.

In the second section, Bhattacharya switches pace, bringing the journalist to the fore. “You leave: what wound do you leave behind?” he asks, interrogating history through the fictional but unforgettable Ramotar Seven Curry, “whose passion was attending weddings”, through the Indian family who are terrified of their own success and what it might attract.

There have been some outstanding debuts this year, including novels by Shehan Karunatilake and Mirza Waheed, but The Sly Company of People Who Care towers above the rest. Naipaul, if he had been a young man exploring an unknown world today, could have written it. But Rahul Bhattacharya’s understanding of displacement and drifting comes from a completely original place, and he has all of the humour and the sharpness of the young Naipaul, with none of the spleen. This book, and this writer, are here to last.