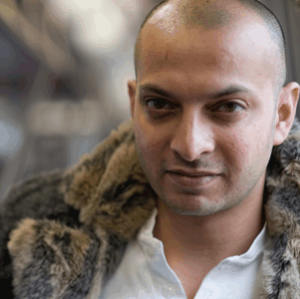 “We’d become Jews, Japs, Niggers. We weren’t before. We fancied ourselves boulevardiers, raconteurs, renaissance men, AC, Jimbo and me…”

In a recent column, Shalom Auslander described his next novel. “It is a funny book about genocide….I’m a fun guy. I read about the Armenian Genocide, and about the Herrero Massacre, and about the Holodomor, and about King Leopold in the Congo, and about the Tutsis killing Hutus, and about the Hutus killing Tutsis. Somewhere in the middle of Blood and Soil: A World History of Genocide and Extermination from Sparta to Darfur, or maybe it was Century of Genocide: Critical Essays and Eyewitness Accounts, or This Way for the Gas, Ladies and Gentlemen, or Machete Season,—somewhere in the middle of one of those, it all started to seem…funny. Maybe I was just forcing myself to find it funny. Maybe that was the only response I could bear.”

In the aftermath of 9/11, no form of art seemed adequate. To photograph or film the tragedy was to replay scenes from a bad disaster flick that finally got made (produced by bin Laden, directed by Al Qaeda, playing at theatres all across America). Though literary stalwarts from Don De Lillo to John Updike tried, none of the 9/11 novels came close to capturing what happened. The empty space left by the towers hasn’t been easy to fill.

H M Naqvi’s three protagonists—Metrostanis, “self-invented and self-made and certain we had our fingers on the pulse of the great global dialectic”—swagger into that gap the way they get past the velvet ropes that cordon off New York’s hippest bars. All of them have family and a back-story in Pakistan; all three of them, including the narrator Chuck, have slid easily into America. They love the premise of the nation, especially the bit about ‘your bruised and battered’, or as AC puts it, ‘twaday tootay-phootay’, and if living in New York means adjusting to the shift between being a banker one day and a recessionista cabbie the next, they’ll manage.

Post 9/11 is another story. The boulevardiers find themselves arrested—“Just as three Jews are a conspiracy, three Muslims are a sleeper cell”, and slung into the maelstrom of shifting identities, loyalties and beliefs of the new world order.

Naqvi has complete control over his plot, but that’s not what makes Home Boy such a rocking debut. His characters slide easily between the worlds of Columbia Circle and Karachi, doing the shuffle between belonging to New York and the old country at the same time, but that’s not what makes it work either. It’s the combination of sizzling energy and Naqvi’s confident voice that makes Home Boy such a funny, bittersweet ride.

Here’s Chuck on being a Muslim, pre-9/11: “Like most Muslims, I read the Koran once circa age ten and, like some, had combed through it afterward. There were issues in the Holy Book that were indisputable, like eating pork, but the directives concerning liquor could easily be interpreted either way. You should not, for instance, pray when hammered.” His friend AC covers it more succinctly: “I’m a self-respecting Muslim atheist, just like any, ah, nonpracticing Christian, secular Jew, or carnivorous Hindu…” And later, when Chuck, Jimbo and AC are held on suspicion of being terrorists, another viewpoint is offered, this one from the perspective of the believing man of faith who now finds himself on trial for crimes committed in the name of his faith: “You go do jihad some other place else!”

Naqvi has his flaws; in the second section of Home Boy, as Jimbo and AC recede into the background, there’s a little too much in the way of pat explanations of Islam, a few too many conversations that just happen to make the parallels between the racism of an earlier era and the discrimination in practice today. Perhaps it’s necessary for the multicultural novel to come with footnotes and cunningly inserted explanations of what life is really like Back Home, but Home Boy is at its weakest when Naqvi lends his skills to editorializing, even if he’s good at it.

He’s much better at the journalistic aside: “In the movies, people skip town all the time…. You see them sticking their thumbs up curbside or jumping into jalopies and heading out west or across the border, into the sunset…. And though you root for the youthful antiheroes, you know damn well they cannot, will not succeed… They will never make it to the Promised Land.”

And here’s the thing: the real sorrow at the heart of Home Boy is not that 9/11 changed the promised land—it’s the slow discovery by the protagonists of a global truth, that there is no such thing as a promised land, whether it’s the mythical realm called home or the equally fantastical kingdom called abroad.

At his best, Naqvi writes like the young Hanif Kureishi, with a little help from the spirit of Joseph Heller. The last chapter smoothly flips back to the beginning in a superb display of technique and emotion, stirred and shaken in Naqvi’s trademark style. The youngest of the Pakistani writers ranks among the best of his generation writing anywhere today—and Home Boy is going to be one of the most entertaining, exuberant debuts of the year.