The BS Column: The Man Who Would Map the Mind 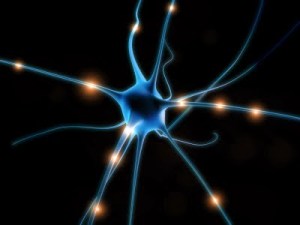 Only the steady tide of readers overflowing into the aisles of the Gulmohar Hall indicated that this was not just another book discussion at the India Habitat Centre in Delhi. Vilayanur Ramachandran’s lecture drew students, fellow neurologists and inquiring readers in such numbers that we could easily have filled the nearby Stein Auditorium.

The neurologist and author was here to deliver the inaugural Charles Darwin lecture, though his speech was not marked by the high excitement that attended a similar event in 1860 at a meeting of the British Association at Oxford. That debate, on Darwin’s recently published Origin of the Species, saw an epic clash between Bishop Wilberforce and T H Huxley. Sir Joseph Hooker wrote: “The battle waxed hot. Lady Brewster fainted, the excitement increased as others spoke.”

Wilberforce is said to have asked Huxley if he claimed his descent from a monkey through his grandfather or his grandmother—the actual words are in doubt. Huxley’s famous response was that he would not be ashamed to have a monkey for an ancestor; but he would be ashamed to be connected to any man who used his gifts to obscure the truth.

No ladies fainted during Professor Ramachandran’s speech in Delhi, or during his earlier presentation at the TED India conference, though there was much applause and laughter. The author of Phantoms in the Brain, The Emerging Mind and The Man with the Phantom Twin is as accomplished a speaker as he is a writer, with a simultaneous gift for humour and clarity. Ramachandran has loyal followers (and readers) around the world in part because he passes the Stephen Jay Gould test.

The late Stephen Jay Gould wrote, “I have fiercely maintained one personal rule in all my so-called “popular” writing. I believe-­as Galileo did when he wrote his two greatest works as dialogues in Italian rather than didactic treatises in Latin, as Thomas Henry Huxley did when he composed his masterful prose free from jargon, as Darwin did when he published all his books for general audiences­ that we can still have a genre of scientific books suitable for and accessible alike to professionals and interested lay people. The concepts of science, in all their richness and ambiguity, can be presented without any compromise, without any simplification counting as distortion, in language accessible to all intelligent people.”

Ramachandran shares Gould’s passion for clarity, and his belief that even the more complex reaches of science are not beyond the grasp of the average intelligent lay person. He led us rapidly through his explorations of the philosophy behind the workings of the brain, but what was of particular interest was his discussion of mirror neurons.

In 2000, Edge carried a paper by Ramachandran that has proved to be one of the most influential works of its kind: ‘Mirror neurons and imitation learning as the driving force behind “the great leap forward” in human evolution.’ He dubs mirror neurons “Dalai Lama neurons”, or “empathy neurons”—these are cells that fire both when a person acts, or observes an action performed by someone else. Ramachandran’s research led him to a succinct and breathtaking hypothesis: “The mirror neurons, it would seem, dissolve the barrier between self and others.” Going a step further, he suggests that there might be rational and neurological, rather than religious, grounds for ethics.

From his 2000 and 2006 research, Ramachandran’s inquiring mind has already moved further. He ran out of time and couldn’t go on to discuss his next obsession: the possibility of “multiple minds” in a single brain, the idea that your sense of your self might be even more subjective than you realize. If we are “nothing but a pack of neurons”, and if the brain produces our individual versions of reality, why not explore this possibility further? Would you be willing to upload your “self” into cyberspace, would you be willing to be a brain in a (presumably well-maintained) vat, if that allowed you to “be a combination of Einstein, Mark Spitz, Bill Gates, Hugh Heffner, and Gandhi, while at the same time preserving your own deeply personal memories and identity”?

As Ramachandran shifted gears, citing the Upanishads and Advaita philosophies of the self and consciousness with as much ease as he referred to the latest research on autism, I was not alone in my sense of awe. Ramachandran and his colleagues have a long way to go before they can prove their hypotheses, but if they succeed, they will change the way we think about individuality, consciousness and the self forever.

The last time we had such a shift in human thought was in November 1859, when the publisher John Murray brought out the first 1,250 copies of On the Origin of Species and Natural Selection. I’m guessing that within the next two decades, those of us who were present in that small auditorium in Delhi will look back at Ramachandran’s talk on consciousness with a sense of having been present at the making of history. Few readers could ask for more from a literary evening.