Food: Table for one 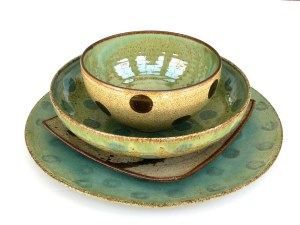 (Published in the Business Standard, November 2009)

“In the same way that you should get massages and take naps or meditate, you should, everyone should, make a point to eat out by yourself from time to time,” wrote Amanda Hesser in her wonderful Cooking for Mr Latte. “You should be kind enough to yourself to lavish your appetite with good food without the interruptions of company.”

And yet, most of the frequent flyers, conference junkies and global nomads I know would rather don mime makeup for a day than eat alone. One friend admits that a long-anticipated trip to Italy was ruined by her disinclination for the solitary table: she ordered room service, only daring once to eat a slice of pizza on the street, eschewing the baroque delights of the Roman table through shyness.

Another frequent traveller, otherwise a man-of-the-world, suffers mild anxiety attacks every time he has to eat alone; another will buy sandwiches and eat them in his room rather than go through what he sees as the admission of social failure involved in asking for a table for one. One friend has solved the problem at considerable cost to his liver; he finds it less threatening to nibble on bar snacks than to eat in a restaurant when on his own, but since he feels obliged to order drinks alongside, he says this is not always the best solution.

I feel for them; I, too, used to be a reluctant solitary eater. Travelling around India, often on my own, there seemed to be too much risk involved in seeking out the table for one, especially in North India where a woman on her own is automatically assumed to be in need of the attentions of (usually) hirsute, burping, half-drunk men. And eating out in fancy restaurants can be ordeal, starting with the maître d’s thinly veiled pity as he escorts the lone diner to a table, tucked behind a pillar, viewless, where s/he is destined to be bumped into by harried waiters and ignored by the busboys. If you’re at all self-conscious, it is hard to overcome the sense that the rest of the restaurant’s patrons are wondering why you have no friends—and it is often hard for a lone diner to get anything like good service.

The essence of the single diner experience, though, is a kind of enjoyment that you can’t have when you’re with a group. Lose the crutches: the book, carried along, the iPod in the ears. The problem with these accessories is that while they allow you to block out the world, they also detract from the meal—it’s fine to comfort yourself with Ruth Reichl at a Gurgaon food court or a McAnywhere, but at a truly excellent restaurant, it would be like draping tussore curtains over a Kandinsky.

For many of us, it can take just one experimental trip to change your habits. I began to love eating out on separate trips to Malaysia and in Edinburgh—I was free to choose my preferred cuisine, to eat deep-fried Mars bars or order three helpings of tom yam soup without embarrassment, and to ask idiot questions: “What is that exotic, rare herb you’re sprinkling over the laksa?” “That would be mint, ma’am.”

Buy Patrick McFarlin and Deborah Madison’s What We Eat When We Eat Alone, or read MFK Fisher on the private joys of solitary eating. Madison has recipes for those who cook alone—they range from the elaborate to the simplicity of tomatoes-and-cheese on toast, but the bottomline is simple: treat yourself the way you would treat a guest. Fisher speaks of the “peace and nostalgia” of eating on your own; Hesser sees a kind of liberation in the ability to pay full attention not just to your meal, but to your palate and your appetites.

A few small details can go a long way towards the creation of a great, solitary meal. At restaurants, be polite, but insist on a good table—point out one by the window or in a comfortable space where you can see the other diners—and book ahead if necessary. If your waiter isn’t harried, and s/he shouldn’t be at a good restaurant, give him or her a sense of your tastes and ask for recommendations.

Eat well; eat with pleasure; pay attention to your plate and your senses; eat without worrying about butter on your chin or whether it’s polite to take a second helping. For those of us who spend much time in the company of other foodies and friends, eating alone can be a blessed reminder of the pleasures of your own company, and of the secret, childish joy of satisfying your own appetites.