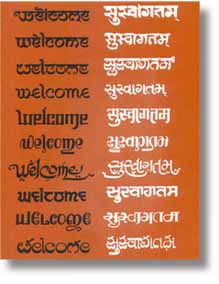 Amit Chaudhuri on Indian writing, from The Guardian:

“As to the writers from the more troubled regions outside the metropolitan suburbs in which English alone was spoken, you could see, if you scratched the surface of their slightly bureaucratic veneer, that they possessed an eclecticism of taste and literary predilections, a formal curiosity, as well as a true multilingualism, that made them quite akin – paradoxically for brown men wandering about the streets of Frankfurt and Paris – to the breed of writers once called “European”. However, no one, I think, asked them about their relationship to Europe, though each of them would have had an answer to the question; this was a reminder of the odd discrepancy between language – and I don’t just mean English and French and Hindi – and vantage-point and intention that sometimes characterised interactions between audiences and writers.”

1) This is not intended to be a definitive or even indicative list–it’s just my list of writers whose works I personally enjoyed.
2) Yes, there’s a built-in bias towards Bengali writers, since Bengali’s my mother tongue.
3) Many writers have been left out. This is because:
i) they’re not available in English translation, and this is a list of Indian books translated into English. I know, most unfair.
ii) I’ve never heard of them and I should’ve, in which case I’d be happy to add their names to the list
iii) I have heard of them and I hate their work, in which case I’ll maintain a discreet silence

Ambai: In A Forest, A Deer
Short stories drawing on mythology, feminism and the lives of ordinary women

Ashapoorna Devi: The First Promise (Pratham Pratisruti)
One of the few novels by the prolific and highly regarded author available in translation, this follows the evolution of Satyabati, a child bride who grows up to demand much more of her new life in a changing but still hidebound Calcutta.

Bama: Karukku
Bama’s account of growing up untouchable, a dalit in modern India.

Bhisham Sahni: Tamas
The iconic novel about Partition; Sahni drew from his memories of working in the refugee camps to write the story of Nathu, the sweeper who sparks a riot with the inadvertent killing of a pig, Jarnail and many others.

Bibhutibhushan Bandopadhyay: Pather Panchali (The Song of the Road), Aparajito
These classic, much-loved novels formed the basis for Satyajit Ray’s Apu trilogy as Bibhutibhushan followed his protagonist from the little village of Nischindipur to the demands and temptations of the city.

Girish Karnad: Collected Plays
From one of India’s most intelligent and engaged writers, plays that sweep through history and myth to address today’s audience.

Gopinath Mohanty: Paraja
This 1930s novel explores the slow decline of a tribal stripped of his lands by the state, turning first to the forest that he knows so well and then to alcoholism.

Harivansh Rai Bachchan: In the Afternoon of Time
The great poet’s honest, moving recollections of his life, from the hardships of growing up in the provinces to the success of Madhushala, and the superstardom of his son, the actor Amitabh. The English translation was a very successful abridgement of the four-volume original.

Jibananda Das: Selected Poems and Collected Short Stories
Jibananda’s layered, often revolutionary poems spawned a host of terrifyingly bad imitations, but few had the accuracy of his vision. His short stories are less well-known, but for a generation of Bengalis, he offered an escape from the gentle tyranny of Tagore.

Kamleshwar: Partitions
Searing, anguished and questioning, one of the finest explorations of the scars of Partition in Indian literature

Kiran Nagarkar: Saat Sakkam Trechalis (Seven Sixes Are Forty-Three)(my thanks to Salil Tripathi for the reminder)
Nagarkar’s first novel was about Kushank Pundare, an unpublished writer living in a chawl. The Marathi literary world was not amused by Pundare’s sublime blend of nihilism and broad humour, but Nagarkar’s readers continue to be entertained.

Krishna Sobti: Mitro Marjani, Ei Ladki (translated as To Hell With You, Mitro and Listen, Girl)
Sobti’s richly comic, sometimes dark explorations of sexuality and the need for freedom.

M Mukundan: On the Banks of the Mayyazhi
Father Alphonse, Dasan the freedom fighter, Chitralekha the dancer and the villagers of Mahe come together in this unforgettable classic.

Mahasweta Devi: Titu Mir, Rudali, Breast Stories, Mother of 1084
It’s hard to pick just a few from Mahasweta Devi’s corpus of writing, but try not to miss her wrenching, engaging perspective on history

Mahesh Elkunchwar: Holi, Yuganta, Pratibimb, Party
I haven’t been able to find a “collected plays”, but some of his scripts are available in translation. One of India’s most popular and most questioning playwrights.

M T Vasudevan Nair: Naalukettu
Literally “the house around the courtyard”, Naalukettu draws on MT Vasudevan Nair’s own memories to recreate the atmosphere of a village in South India, and the struggles of a young boy to find his way through a maze of tradition.

Nabaneeta Deb Sen: Defying Winter (in Five Novellas by Women), A Nabaneeta Reader
OUP’s Nabaneeta Reader, if you can find it, is the best introduction to the wide range of this writer’s work, which roams from children’s fiction to travelogue to literary criticism and mainstream fiction. Defying Winter is a wry and warm novella set in an old-age home.

Naiyer Masud: The Essence of Camphor
Translated from Urdu, these stories retain something of the perfume of that language—delicate, precise and melancholy, especially the title story and ‘Sheesha Ghat’.

Namdeo Dhasal: Poet of the Underworld
Many disagree with Dhasal’s politics, while retaining the right to admire his fierce, bitterly angry poetry. Dilip Chitre does a beautiful translation of this Dalit poet’s work.

Nirmal Verma: Selected Stories; The Last Wilderness (translated by Pratik Kanjilal)
The pioneer of the “Nayi Kahani” movement, Verma wrote with depth and passion, and a quiet sensibility matched by few. In ‘The Last Wilderness’, Pratik Kanjilal’s sensitive translation captures Verma’s story, set in the hills, narrated by the secretary-companion to Mehra Sahib, a retired civil servant. Verma uses the landscape to convey a sense of menace and possibility; one of his finest novels. 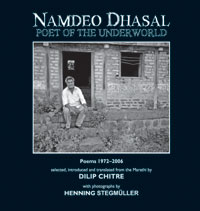 O V Vijayan: Legends of Khasak
Vijayan made Khasak as much of a “real” place as Marquez’s Macondo, and it has something of the same richness.

Premchand: Shatranj ke Khiladi (The Chess Players)
His other novels and short stories may carry more literary weight, but Shatranj remains a personal favourite, for its evocation of a friendship tested in the sunset hours of a dying empire.

Premendra Mitra: Mosquito and other stories
“Ghanada” is one of those great literary characters known only to the Bengalis; this collection brings out some of the wit and bizarre fluidity of Mitra’s imagination.

Rabindranath Tagore: Selected Short Stories (try to get the OUP edition, translated by Sukanta Chaudhuri and others), The Home and the World, Chokher Bali
It’s hard to choose only a few from Tagore’s overflowing bookshelf, but his short stories are perhaps the best introduction to his work. Many of his novels, including Ghare-Baire (The Home, the World), and Nashto Neer (The Broken Nest, filmed as Charulata) inspired Ray’s films.

Rahi Masoom Reza: A Village Divided
Reza’s account of the feuds between rival families in Gangauli is pointed, sharp and very, very funny.

Saadat Hasan Manto: the collected short stories
Manto framed Partition and the riots with brutal humour—in his stories, inmates of a lunatic asylum must make sense of the new borders, a man finds he has no taste for cold meat, a child sees jelly in a pool of blood.

Sankar: Chowringhee
In this skilful translation, Sankar’s immensely popular novel about the inside stories of a grand hotel in Calcutta comes alive.

Sharatchandra: Debdas, Srikanta, Pather Dabi
One of Bengal’s most popular novelists, Sharatchandra’s characters remain alive in the public imagination—though many readers have forgotten his reputation for sarcasm and his trenchant criticism of the social norms of his times.

Shivram Karanth: Ten Faces of a Crazy Mind
“I do not desire to be killed by others’ pens. I shall take my own life.” Karanth was one of the greats of Kannada literature, and his autobiography is as unorthodox as was his life.

Shrilal Shukla: Raag Darbari
This classic satire of small-town India takes a close look at the rotting body politic without needing to hold its nose.

Sunil Gangopadhyay: Sei Samay (Those Days), Pratham Alo (First Light)
Historical fiction that treads a fine line between gossip and accurate chronicle of the life and times of Bengal’s finest—two of the prolific Gangopadhyay’s better-known works.

Thakazhi Sivasankara Pillai: Chemmeen
One of the late Thakazhi’s most popular works, this set star-crossed lovers down in a fishing community in rural Kerala.

U R Ananthamurthy: Samskara
The funeral of a Brahmin who had turned his back on the community is at the centre of Samskara, U R Anathamurthy’s challenging and, for its times, revolutionary novel. 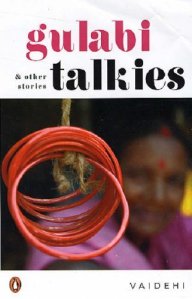 Vaidehi: Gulabi Talkies
Short stories translated from Kannada; Vaidehi’s trademark style is best captured in the title story, where a town deals with the loss of its midwife, Lillibai, when she decides instead to run the only-for-women cinema, Gulabi Talkies.

V K Madhavan Kutty: The Village Before Time
One of my favourite books—a brief excerpt: “When water collected in the ditch on the left of the path, we always gathered to watch the little fast-moving insects called ezhuthachan chaathis that looked as if they were writing on the water. They wrote amazing stories in languages that looked sometimes like Malayalam and sometimes like Tamil.”

Vijaydan Detha: A Straw Epic and other stories
The Rajasthani folk tales that Vijaydan Detha used as the foundation for his stories don’t translate well, but this collection offers a hint of the flavour of the original. Especially in ‘Duvidha’, the classic story of a triangle between a bride, her husband and the ghost that assumes the form of the husband for a brief while.

Vilas Sarang: The Women in the Cages (short stories)
Many of the stories here were originally written in Marathi and then rewritten in English by the bilingual Sarang. His Bombay is a surreal city, where Ganesha’s idol might run away from his own procession, where a man might get into trouble for warming his hands on a cold day at a funeral pyre.

Vijay Tendulkar: Ghashiram Kotwal, Sakharam Binders or The Collected Plays if you can get it
Tendulkar’s fearless and ferocious plays are staples of any self-respecting Indian theatre group—few playwrights have used contemporary events and stinging satire quite as well.


Seagull Books: Seagull has a brilliant catalogue of works in translation
Vedams Books: Online bookstore with some hard-to-find classics
Women Unlimited and Zubaan: The emphasis is on women’s writing, but both stock some translations
Katha specialises in translations, but their web page isn’t terribly browser-friendly
The Little Magazine: Carries stories and screenplays in translation–browse each issue separately.

“…the vast bulk of Indian culture, and Indian life, never happens in English.
Not that the UK publishing industry usually wants to know. When the thin, elite crust of native English speakers in India throws up world-beating author after world-beating author, why bother to investigate the literary riches that may lurk among the nation’s 22 other official languages, from Assamese to Urdu? Yet those treasures sparkle. An Indian novelist once, only half-jokingly, said to me that he had begun to write in English because the competition in Bengali was just too stiff.”